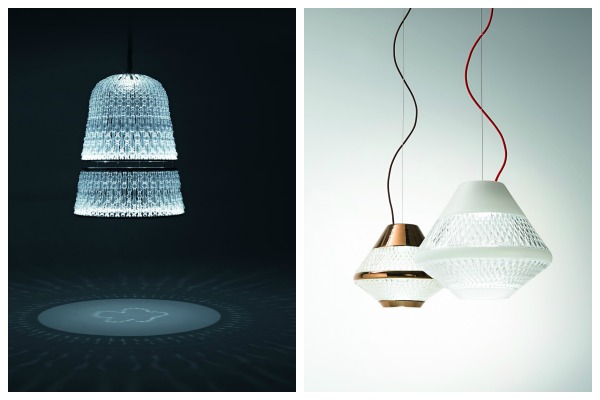 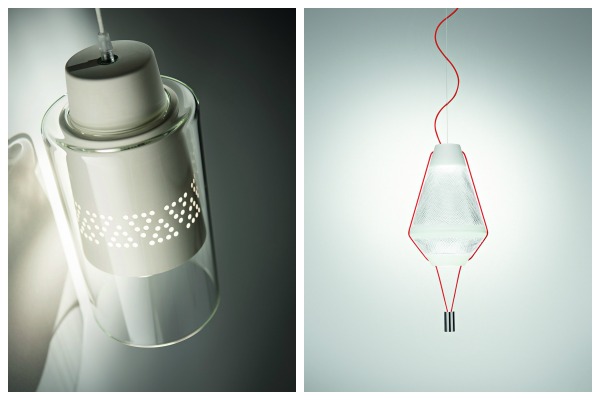 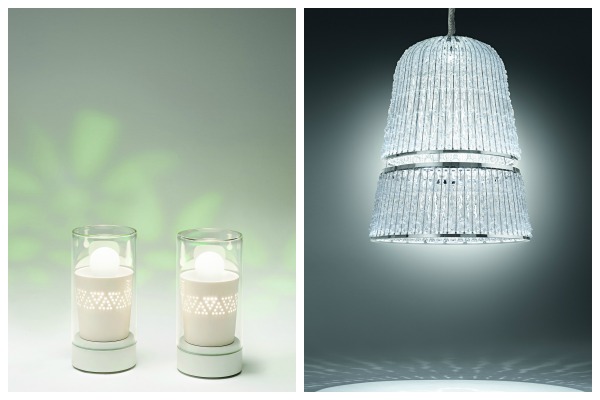 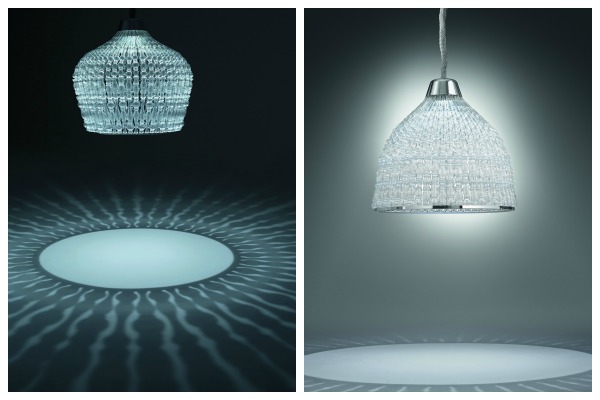 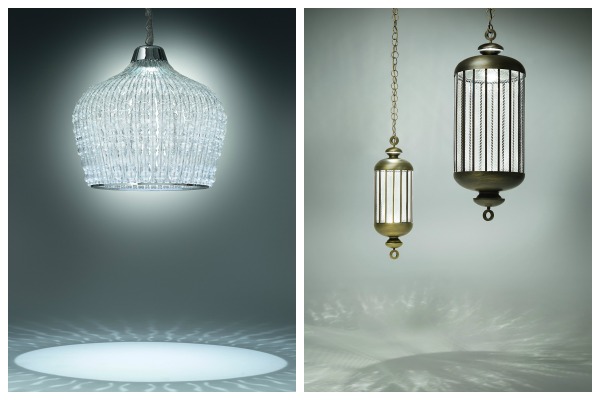 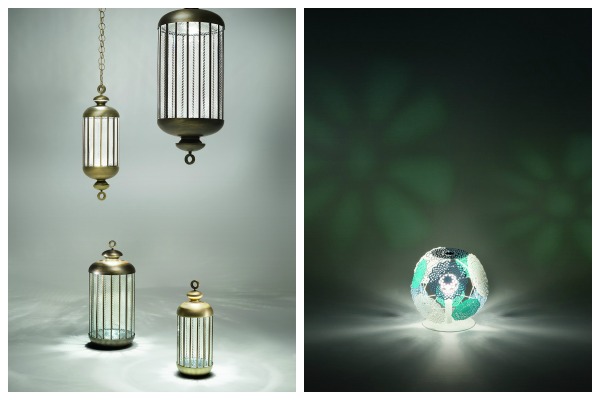 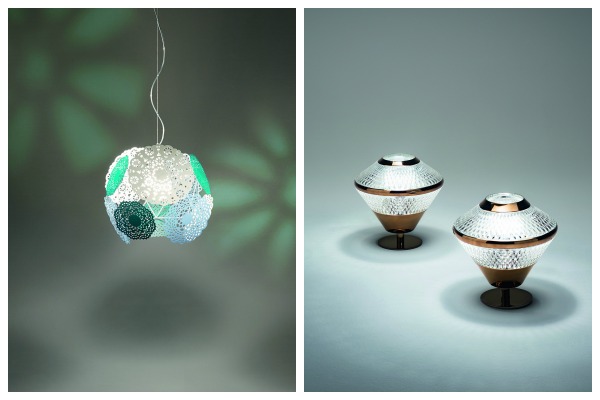 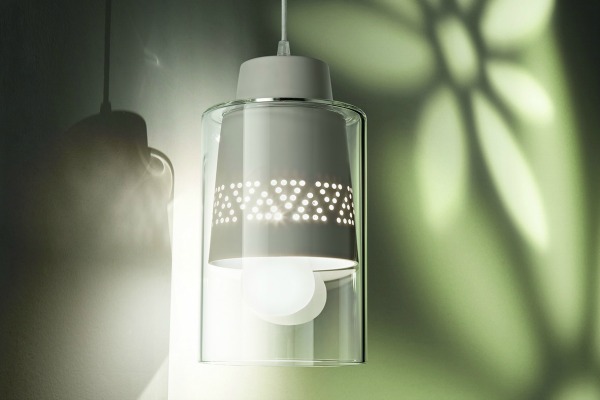 With the 2015 edition of Euroluce, Italamp celebrates the first 40 years. An intense and successful story that led a small and innovative reality to become a reference in the lighting industry.

This success does not only rely on the stylish and sophisticated design of the products, but also on the endless capacity to reinvent the meaning of light objects. This year our journey to discover this company - that has always been associated with creativity, quality and craftsmanship - begins with an undisputed star: the uncommon and celebratory crystal and Swarovski hanging installation, whose decorative cuts recall all the distinctive stages that characterised the company's past collections over the years.

Among the novelties on show, Crowns, design by Marco Piva, is an interpretation of the thousand-year-old history of glass. The individual, Eighteenth-Century-style sections of mouth-blown glass are worked by hand and leaned against each other to develop clearly defined shapes in the space, reminding us of bells, domes and crowns. Their soft contours reflect the light coming from a series of micro LED lights, enhancing its effect and diffusing it in a theatrical way.

Fata Morgana (Morgan Le Fay), design Edward Van Vliet, is an unusual illusion. Unlike Morgan Le Fay who, in King Arthur's legend, used witchcraft to create optical illusions and mirages that would hypnotize sailors, this luminous object is a real guide emanating ripples of light from its veiled source. Its radiant presence adds a touch of mystery and magic to every environment: if suspended from the ceiling, its charm turns every room into a 'mystic sanctuary’.

As a natural emanation of the already presented wall and floor lamps, the taste for elegance appears again in the hanging and outdoor versions of the lamp Ghipur, designed by Glocal Design of Daniele Basso and Alessandro Pellegrino. “Ghipur” - a world coming from the dialect of Burano and indicating a newly started lace - is an articulated and audacious geometry of finely perforated metal discs resembling fabric.

To celebrate the anniversary, last October a scouting initiative was launched, with 12 young designers from all over the world who measured themselves in the Serra Creativa workshop. Thanks to their fresh ideas, and their sense for culture and originality, three of them were awarded with the realisation of their project for this edition of Euroluce. Zeus, design Ivan Paradinovic, draws inspiration from the geometrical patterns of Nature, where the infinitely small contains the infinitely large, and is based on a modular system that blends metal and crystal together in harmony. Fuzzy, design Catherine C. Lavallée, unites functionality and aesthetics in a light object that is capable of exploring the outdoor, and synthesizing the ancient arts of crystal cutting and pottery making. Fragrenzia, design Romain Lemahieu, hanging and table lamps made of engraved crystal and drawing inspiration from perfume bottles.

Seta Meat Lab's sophisticated taste and ambiance is a style manifestation that mixes different elements and combines them in a completely casual way, which achieves the true c...

The Halo Wall represents the design of Martin Azú, which makes minimalistic decor to any wall, and which primarily aims at lighting. This product makes several aluminum rods, which...

Designed by Bastien Taillard and available in two versions, wall-mounted and hanging, Lafayette is a tribute to the French King of the Sun and 19th Century Paris. She also recently...

CoeLux: sky, sun, and well-being across three ranges of systems

Designing a space with hyper-realistic CoeLux technology involves reinterpreting the relationship between man and the place where he lives and allows people to experience natural l...

The lantern, which is characterized by simple, lantern-like shapes, belongs to the ЯA collection, and its shape is inspired by the sensations and emotions that the South African co...

Led by Patricia Urkuiol on two levels, a contemporary furniture brand since 2009, the neutral and minimal exhibition space of 600 m2 is located in Clerkenwell, the cradle of London...

This means that it is especially important that the design is at its best and lighting is an integral part of it. In this regard, some of Vibia's favorite lighting lamps estab...

The Pin Collection illuminates the hotels

The recumbent lines merge along a bold, circular base, creating silhouettes that resemble abstract symbols. This collection uses LED lighting. Whether used individually or in combi...

Plumen 003 - the most beautiful light bulb

The company has set itself the challenge of creating beautiful and functional pieces of light... Although not traditionally regarded as a sensual form, the light that comes from...

Light: The Fourth Dimension of Design, Striking the Balance between Functionality and Emotionality...

Presented for the first time at Euroluce, the lamps Aibu and Necky by Axo Light are now going into production.

Natural and ecological materials are the key trend in the current design season.

Presented for the first time on the occasion of the Euroluce fair in Milan, Fedora is already one of t he most successful Axo Light products.

Each object goes beyond the borders of traditional luxury, incorporating a modern design approach, cutting-edge technology, artisan craftsmanship and precious materials. The result...

elentless experimentation in the name of innovation but with due respect to history and tradition, impeccable use of the medium of glass, the capacity to reinvent itself and invest...